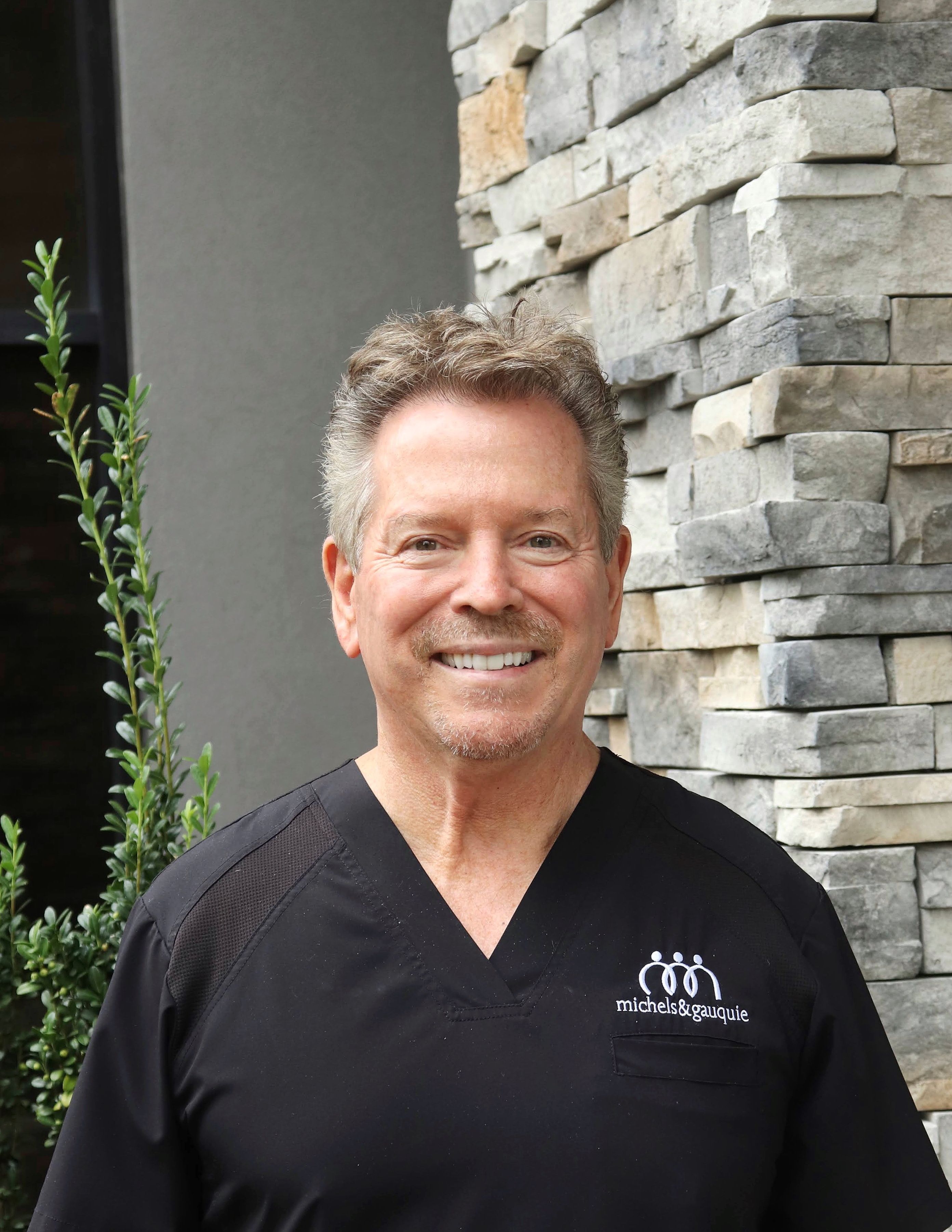 Dr. Gary Michels has enjoyed serving the people of eastern North Carolina for over forty years. He has served on church councils, chaired a local school board, and is a co-founder of The Dream Factory of North Carolina, a charity that has granted over 250 dreams to seriously ill children in eastern NC. He has lectured to dental societies and founded his own learning center in the area for post graduate education.

He is author of several books titled "Unusual Success in Dentistry" and "New Smile, New You!", which has allowed him to lecture across North Carolina and to train other dentists, and holds a patent for a dental device. He has even run the Walt Disney World Marathon. Having served as an adjunct professor for East Carolina University School of Dental Medicine he was able to share his passion for dentistry and clinical knowledge with younger dentists. Dr. Michels has three wonderful children, Austin is a dentist at the practice and Alexis and Arissa are nurses in the Raleigh area.

In 1980 Dr. Michels was honored with clinical awards at his graduation ceremony from Emory University School of Dentistry as he graduated “With Honors”, signifying an overall class ranking of number two out of a class of ninety-three dentists. He was inducted as a member of Omicron Kappa Upsilon, which is a renowned national dental honor society.

Dr. Michels began his cosmetic dental training with a man many consider to be the founder of cosmetic dentistry, Dr. Ronald Goldstein, and he has continued his studies with the most noted cosmetic dentists in the United States including, “the dentist of the stars” Larry Rosenthal of New York. Dr. Michels has dedicated himself to becoming uniquely qualified to assist his patients in having the brightest and healthiest smiles imaginable. He remains passionate about putting smiles on the faces of each and every one of his patients. 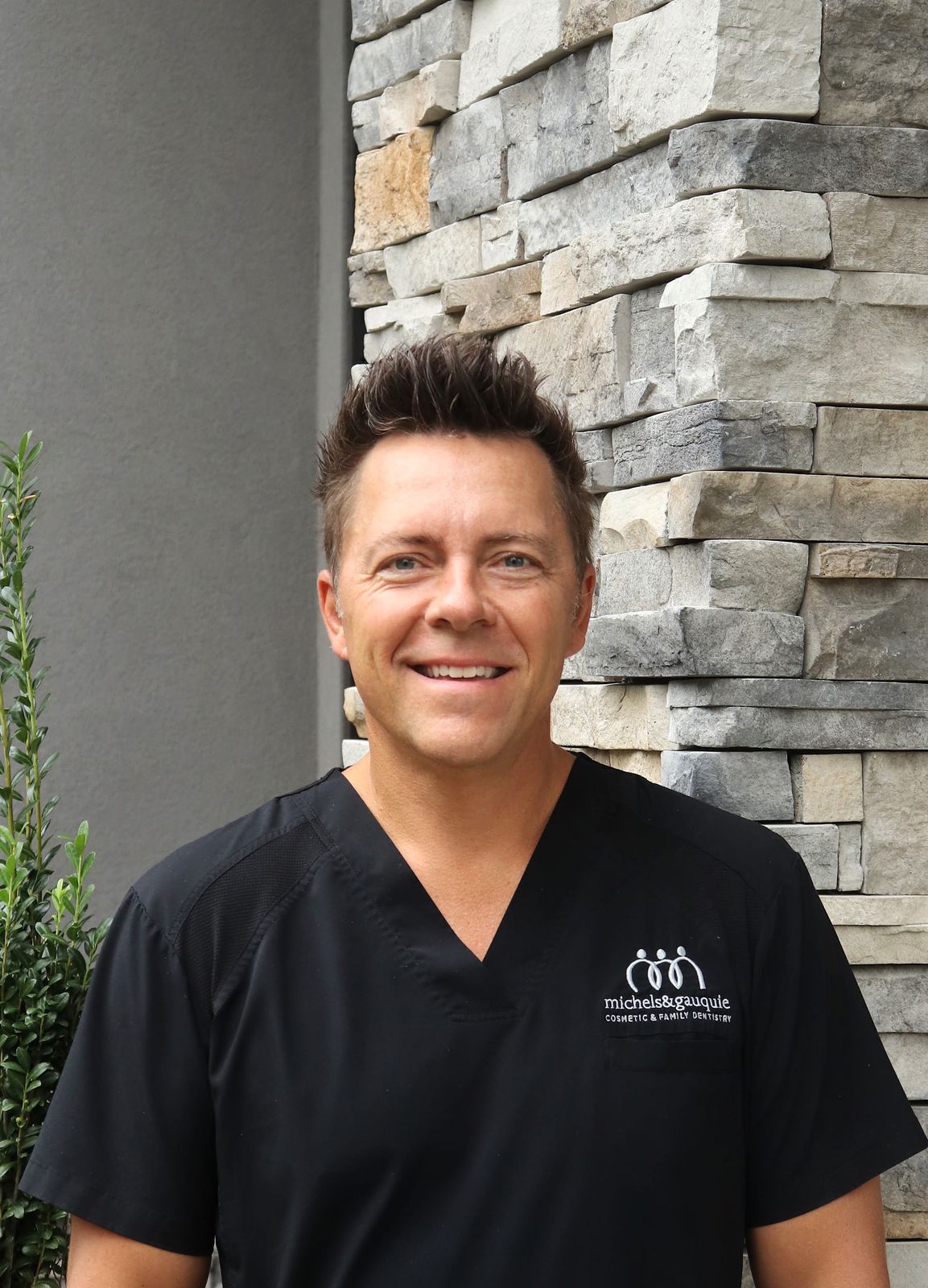 Dr. Chris Gauquie has been a North Carolina resident for over 40 years.  He received his undergraduate degrees from North Carolina State University and his Doctorate of Dental Surgery from the Medical College of Virginia where he graduated with honors.  He was involved in student government and was an active member of the Psi Omega Dental fraternity.

Dr. Gauquie has been practicing dentistry since 1999 and has earned a Fellowship in the International Congress of Oral Implantology. Since then, he has pursued the best continuing education possible to enhance his skills and provide the most advanced care of his patients.

Dr. Gauquie enjoys an active lifestyle outside of the office.  His hobbies include lots of outdoor activities such as golfing and spending time at the beach with his family.  He also enjoys traveling to exciting destinations with his wife, Heather.  Dr. Gauquie and Heather have three beautiful children. The oldest is their daughter Drea 17, their son Britt 16, and their youngest son Kellan 12. 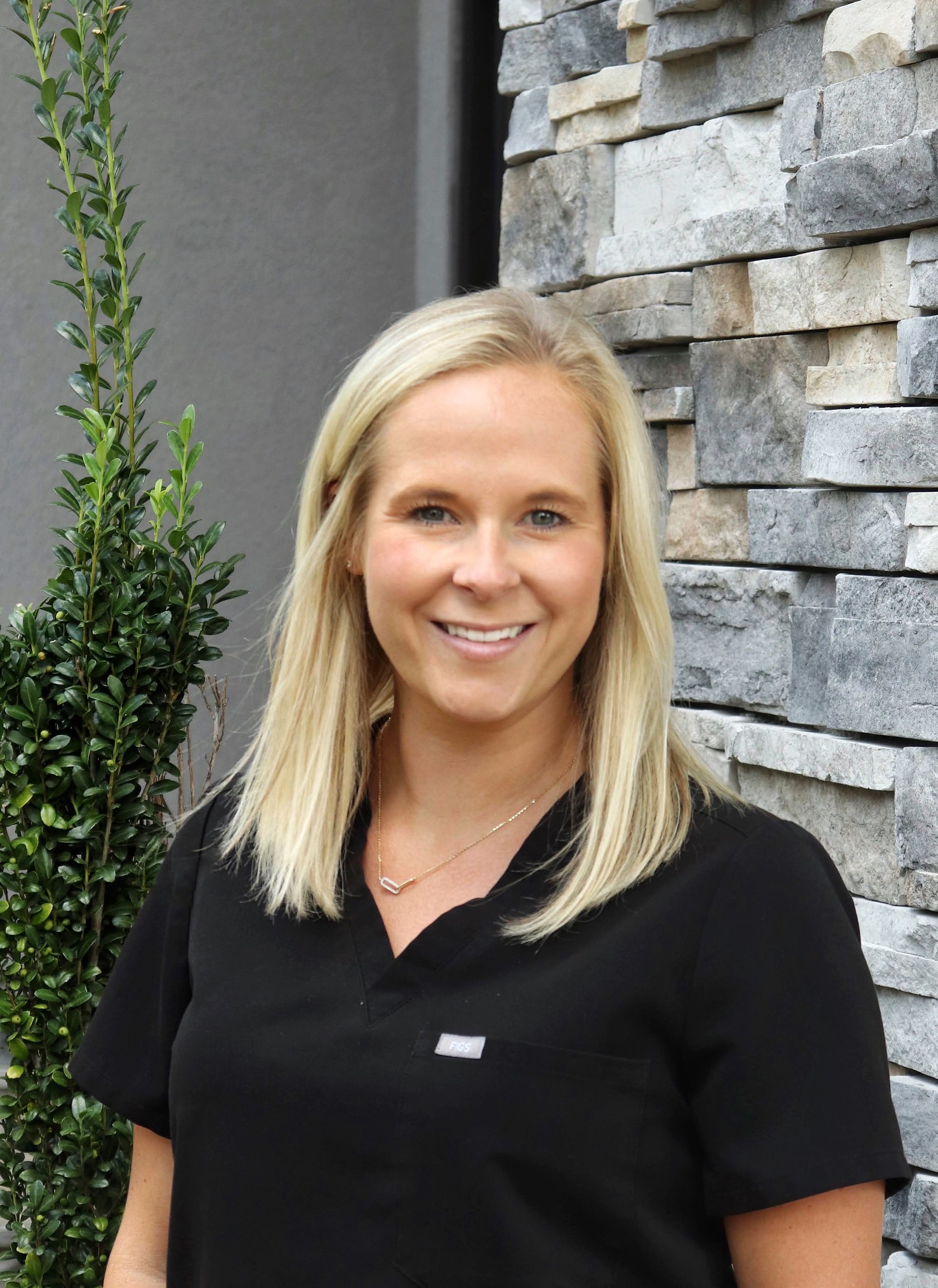 Dr. Sarah Langley Harrell is a Pitt County native. She graduated with honors from UNC-Chapel Hill with a degree in Exercise and Sport Science and minor in Spanish before returning home to Greenville where she graduated from East Carolina University School of Dental Medicine.

Dr. Harrell is a member of the American Dental Association and North Carolina Dental Society. She is committed to maintaining the highest level of continuing education and vows to be a lifelong student. Dr. Harrell enjoys serving in her church and volunteers in the community regularly.

As a longtime patient of Michels & Gauquie, Dr. Harrell is thrilled to have come full circle and now be working alongside the incredible team that always made her experience so positive. 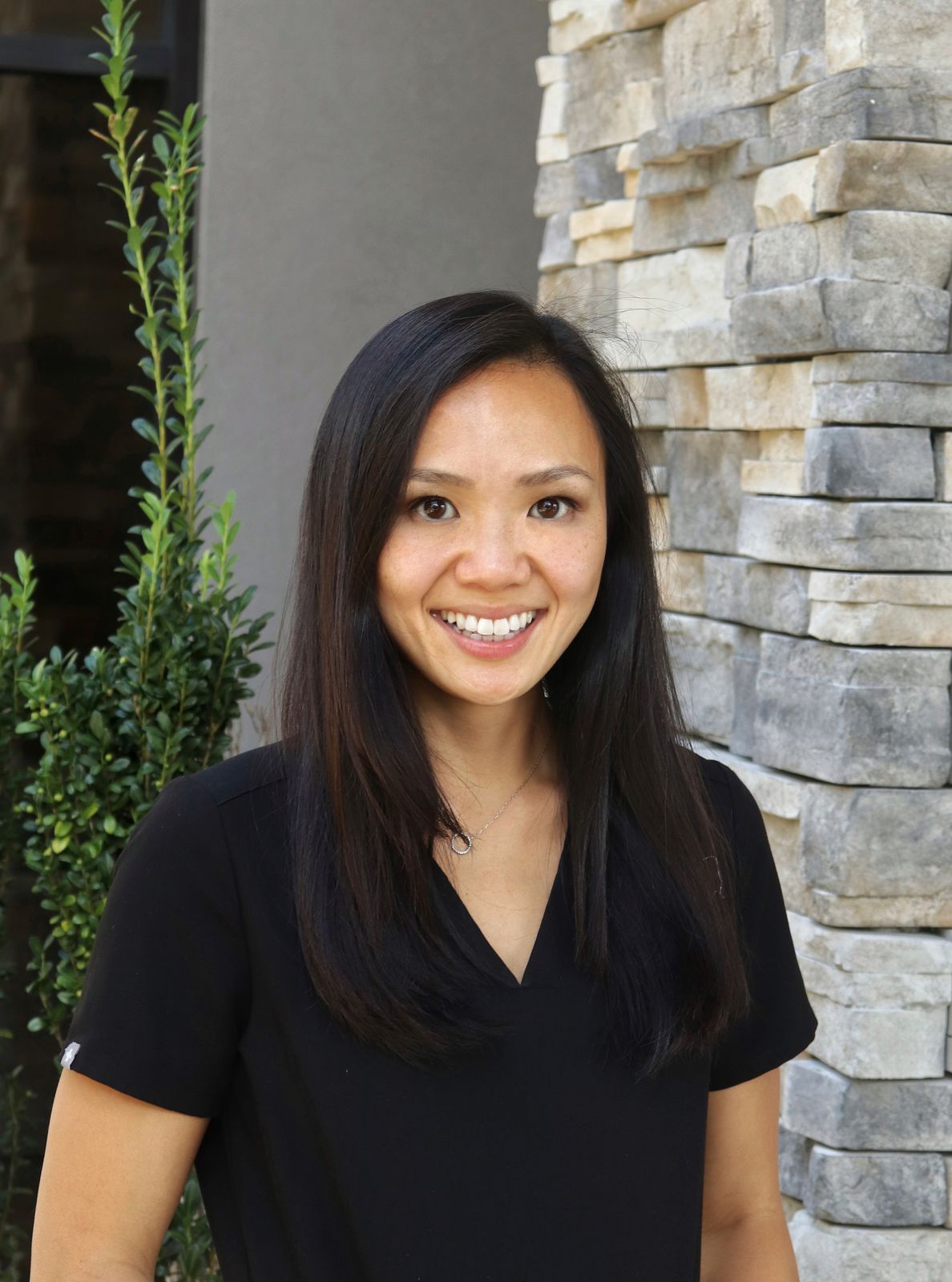 Dr. Chan received a dental education with a significant focus on state-of-the-art, digital dentistry.  She has received additional training and takes continuing education in endodontics, cosmetic dentistry, and occlusion. Her goal is to give patients the smile of their dreams, while making them feel relaxed and comfortable in the chair.

Dr. Chan’s eye for aesthetics helped her amass an Instagram audience of over 100,000 followers on @bostonfoodgram. Boston Foodgram has been featured on The Nick Cannon Show, TODAY, The Drew Barrymore Show, and others. In her free time, Dr. Chan can be found playing tennis, skiing, photographing food, and relaxing with her fiancé, Dr. Austin Michels and dogs Lacy and Tilly. 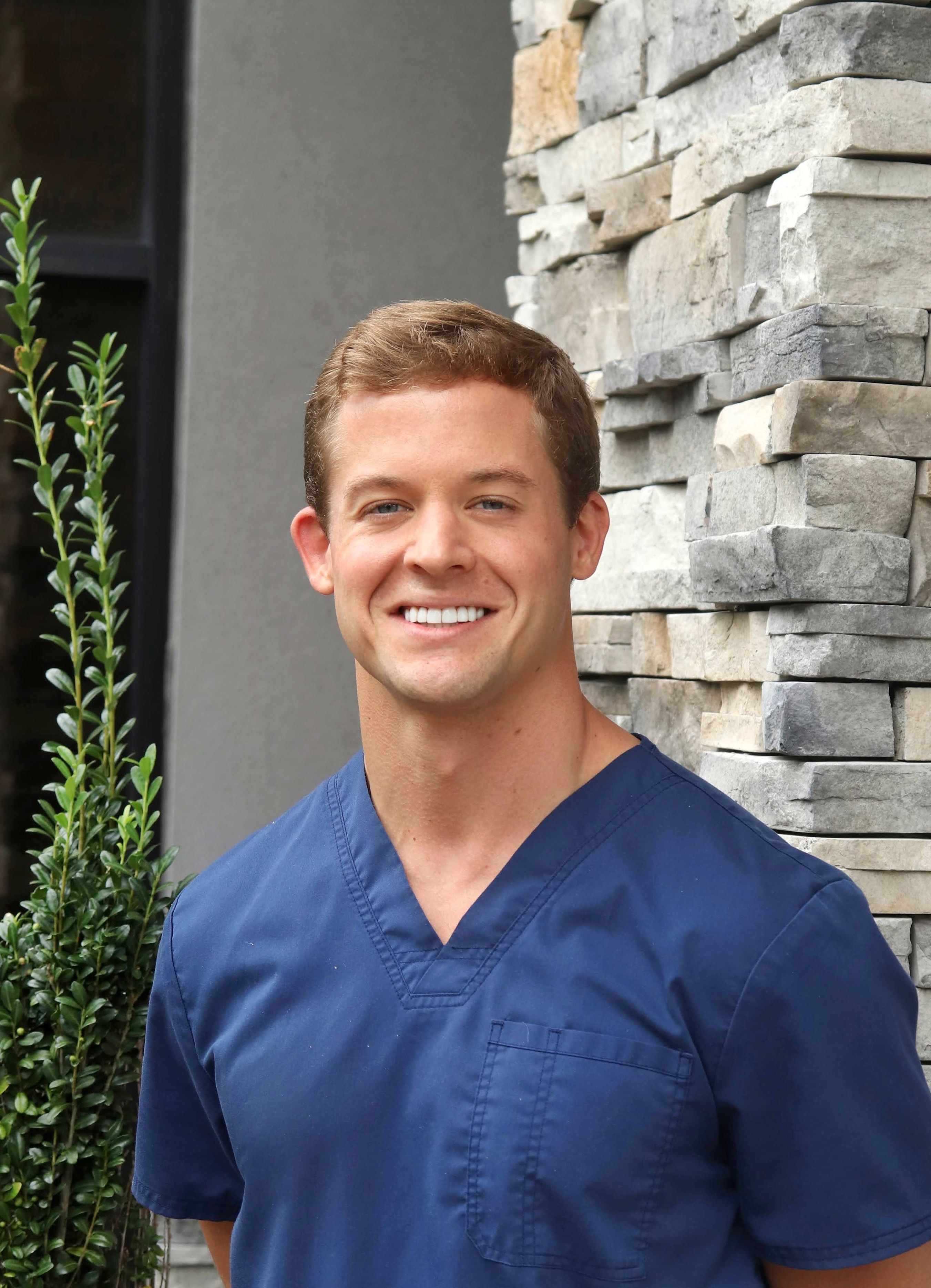 Austin Michels, “Dr. Austin”, was born and raised in Greenville, NC. He went to J.H. Rose High School then moved to Raleigh where he attended North Carolina State University, graduating with a degree in Human Biology.

Dr. Austin has received additional training in cosmetic dentistry, orthodontic treatment, and pain management. Austin is proud and excited to be training under his father, Dr. Gary Michels.

He believes in treating every patient like family, taking extra time to ensure they receive the most painless dental experience possible. In his free time, Austin and his fiancée Dr. Emily Chan enjoy cooking, playing tennis, and loving on their two Maltese pups, Lacy and Tilly.